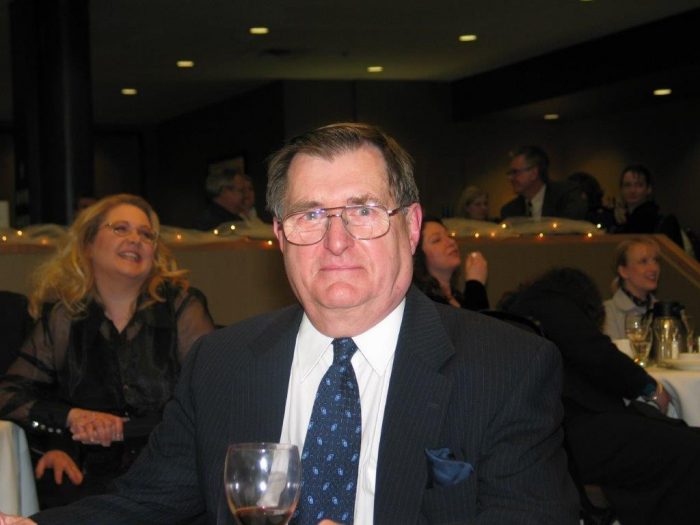 It is with great sadness that we share the passing of Don Labelle in late August with you. Don was one of the founders of CPRS Edmonton and served as president of the Society on three occasions. Gordon Eckert, CPRS Edmonton president from 1998-2002, shares his memories of Don:

Don will forever be remembered by many of us federal communicators working in Edmonton at the “turn of the century’” as a man who was a straight shooter in terms of what was right or wrong. He was also a “cowboy” diplomat (being a little rough around the edges) in his ability to influence decision makers in Ottawa on what would work in Alberta.

I had the privilege of being a part of Don’s regional communications team at Western Economic Diversification Canada (WD) from 1997 to 2002. Very quickly he became both friend and mentor to myself and others, both in and outside of CPRS. At that time I served as the (CPRS) Edmonton Society’s president and Don’s advice, support and counsel was very much appreciated and welcomed. He and the late Bill Rees, APR & Fellow, were key resources in the planning of the Edmonton Society’s 50th Anniversary Gala in 2002. They both added some colour and perspective to the celebrations and history of the society as they both helped start it in 1962!

Don was kind and generous to a fault and enjoyed golf, cooking and entertaining in his home. Beyond being a master communicator, he was also a master chef. His annual donation to the federal employees United Way fundraising campaign of a five-course dinner in his and Mary-Ellen’s home came complete with a bottle of Châteauneuf-du-Pape. The dinner always generated excitement among its bidders and raised several thousands of dollars over the years for the charitable campaign.

I’ll always remember those times fondly. Especially my memories of a great man, mentor and friend who kept the conversation and connection to his Edmonton “family” going for over 23 years. He’ll forever be in our hearts and thoughts.

About Don’s career and involvement with CPRS

Originally from Ottawa, Don came to Edmonton through his military career in the Royal Canadian Air Force (RCAF). He joined the RCAF in 1953 and served in their headquarters in Ottawa before shifting full time to public relations. He served in this role with the RCAF until 1965 when he was serving in Namao.

Throughout his professional career, Don moved back and forth between Ottawa holding leadership roles for several organizations including the Alberta Association of Registered Nurses, the Western Canadian division of Public Works, the Canadian Automobile Association, Revenue Canada, Western Economic Diversification and Justice Canada.

Don’s involvement in CPRS stretched across most of his career. He earned many accolades from the Society, chaired four national conferences, served as president of CPRS National in 1982-83 and was heavily involved in the awards and accreditation programs, as well as the National Ethics Committee.