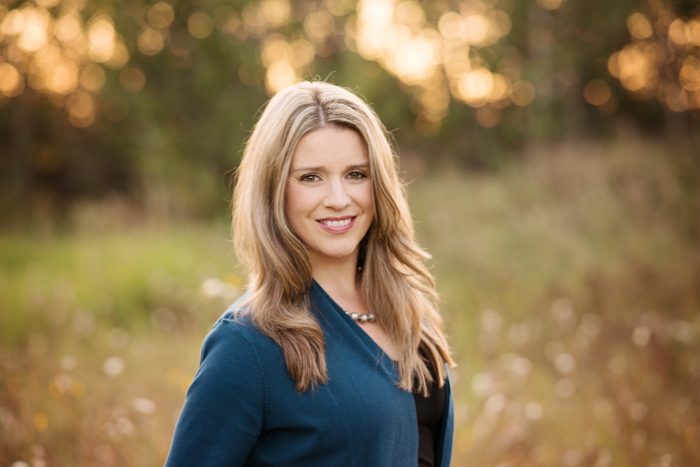 This month’s member profile is no stranger to the spotlight. A familiar face on CBC Edmonton, former meteorologist Stephanie Barsby Boisvert made the transition to a communications career in 2015 where she continues to use her skills to connect and build positive relationships between the mayor’s council of Stony Plain and its residents.

From 2000 to 2014, Stephanie led a busy broadcast media career across Canada including at Global Winnipeg and CBC Edmonton. You may recall watching her forecast reports on CBC that helped us all prepare for our erratic weather. When asked about her media career, Stephanie’s voice lights up as she reminisces about her favourite memory of being in front of the camera.

“Live on-location experiences,” says Stephanie. “When I was able to go live on-location with CBC Edmonton, we often got to broadcast from the Fringe and Folk Fest. Of course, I also loved storm tracking–tornado storm-tracking in particular. I definitely became the weather nerd. Everybody in the newsroom would know a big storm was coming when they saw I was excited.”

Having made a name for herself as a television personality on CBC, the decision to leave all that behind to start a new career in communications is a big move. Stephanie reveals it was her family, particularly her kids, that motivated her to make the change.

“I felt like I couldn’t go on working crazy hours. I was on the morning show Edmonton AM where I had to get up at 3 o’clock in the morning. I worked till noon, and sometimes also had to work the late-night show, which goes on till midnight,” reflects Stephanie. “Working in television is very challenging when it comes to having school-aged children. I decided I didn’t need to be working those crazy hours and I just wanted to be a better mother to my kids, and communications really interested me.”

Her move has definitely been a learning curve, but by drawing on her media experiences and applying what she knows, such as writing news releases and creating social media content, the adjustment process was smooth.

Since 2015, Stephanie has been working as the corporate communications officer for the Town of Stony Plain, where she also resides with her husband and four kids.

“I basically turned my office with the Town of Stony Plain into my own little newsroom and started doing what I know, which is reporting the news,” Stephanie shares.

When asked how she came upon this communications role, Stephanie recalls, “Mayor William Choy messaged me through Twitter and said ‘Hey do you want to come work for us? There’s a communications job opening.’ So, I ended up interviewing for the job.”

Since then, Stephanie has been working tirelessly on over 200 different projects in any given year, as well as writing news releases, the Mayor’s speeches and social media content. She appreciates the fact that every project is unique and has its own challenges and needs a different skill set.

“I’ve learned many new skills I never had working in media,” says Stephanie. “I’ve been able to have an amazing work/life balance and still have a very fulfilling career. I actually find it to be much more exciting than working in radio and television. Everybody thinks radio and television is very glamorous work, but it really isn’t. It does become a little bit mundane after a while.”

There are three notable projects Stephanie is particularly proud of. The first is a signage strategy project started in 2017 and is still ongoing.

“The strategy is a roadmap to replace all of the specialized signage in the town. For example, all of the ‘Welcome to Stony Plain,’ facility ID and wayfinding signage. With the signage, I almost feel like I’m leaving behind this tangible legacy. These signs should be up for several decades, and I think it would be cool one day when I’m a little old lady and I can say ‘Hey that sign! I had a hand in making that sign happen,’” she laughs.

Stephanie is equally proud of her work managing the Town’s social media platforms, such as Facebook where she increased the follower count from 800 to more than 8,000 followers.

She also spoke fondly about her work creating video content, news stories for the Town of Stony Plain social media platforms and website: “If you look at our website, stonyplain.com, or any of our social media accounts, we use a lot of video. This is me taking my television experience and using it towards my communications career and turning events we have into news stories. We don’t have television media in Stony Plains so I created my own little television station with all of these videos, which have been highly successful. We did one recently called Stony Plain Together to give the people of Stony Plain some hope when it came to COVID-19. We have got more than  100,000 views. This was back when we were completely shut down.”

Outside of work, Stephanie enjoys spending time with her family, going on hour-long walks and reading Kristin Hannah books. She just finished Winter Garden, which she highly recommends, and has now started reading Night Road.

Before we ended the interview, I asked her to share a message with fellow members, and here is what she said, “This is a very difficult time and we are doing a lot of crisis communications. The pandemic could be here for a while, but we’re all going to get through it together, and we’re all learning new ways to communicate with our residents.”

Thank you Stephanie for sharing your journey with us and all the best with your communications career!