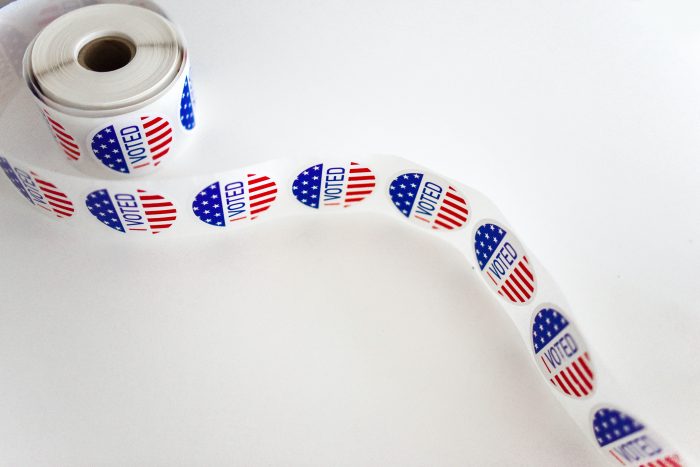 The 2020 U.S. general election is certainly one for the history books. On November 3, CPRS Edmonton teamed up with CPRS chapters in Calgary, Regina and Vancouver Island to host Gary Mar, president and CEO of the Canada West Foundation, and Greg Anderson, PhD, political science professor at the University of Alberta, for a virtual watch party. Both panelists shared their insights into the electoral system and what Canadians should be watching for.

Anderson provided a quick primer about the electoral process in the United States. He says many Canadians’ knowledge of the system is a “mile wide and an inch deep”. For example, he says the electoral college is meant to be a check on the masses and even out each state’s influence, particularly if voters collectively make a snap decision. Anderson noted James Madison, one of the founding fathers of the U.S., wished to prevent the concentration of power with “enlightened statesmen” being played out in this election.

Mar spoke about what Canadians should be watching for in the election. He described Canada as a long skinny country that conducts most of its trade on a north-south axis rather than east-west. As such, he describes state elections as being critical to Canada, particularly provincial governments. A lot of the regulatory work is done at the state level, which can have a direct effect on trade. Fostering relationships with state leaders is essential to have an ear to the ground about local regulations and an established connection when state leaders move to leadership roles in the federal government.

Anderson and Mar agreed that outgoing president Donald Trump mastered both social media and how to get voters onside. They say he speaks in short sentences and in a way that his base can relate to. Mar noted that a speaker’s cadence can also affect an audience’s ability to absorb a message. He says former U.S. president Barack Obama often spoke at 60 words per minute instead of the 100 words per minute, which is typical for many speakers.

If you missed the watch party, you can read the live tweets on @CPRSEdmonton or by signing in to the Bill Rees Learning Centre on cprs.ca.