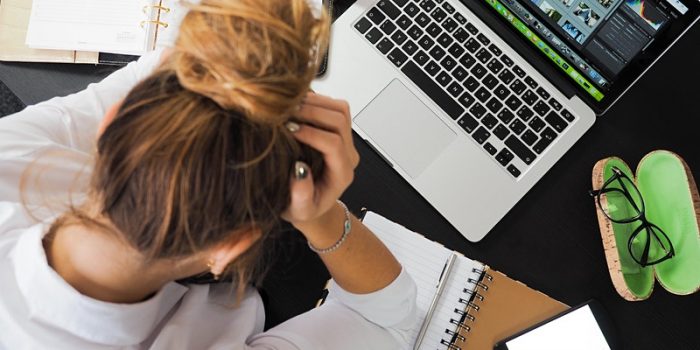 The past decade ushered in drastic changes about how information is fed to us by the media. With our smartphones, we have easier and faster access to the latest news at our fingertips, and news agencies are more competitive, vying to be the first outlet to get the story to us. Receiving breaking news notification is as steady as clockwork. As communicators, we habitually check the news to stay informed, but the current onslaught trend of rapid news also overloads our system to the point of news fatigue. In the end, we just want to turn everything off and step away.

This year, CPRS Edmonton invited Niel Fitzpatrick, assistant professor in the Faculty of Fine Arts and Communication at MacEwan University, to speak about news fatigue avoidance, what communicators and journalists can do to restore audiences’ interest and trust in the media, and what we can do about it.

Niel listed two reasons for the increase in news avoidance: the primary reason is mental health concerns while the second reason is distress in mainstream media, especially during this pandemic when anti-vaccination advocates and conspiracy theorists raise questions about the validity and accuracy of the facts shared by governments and news organizations.

People are feeling worn out, overwhelmed, and depressed by the negative news in the media and the arguments happening in the comments under every news post on social media. To avoid all this, people are cutting back and limiting their exposure to protect their mental health.

“Journalists said in the early days of the pandemic, the numbers of viewers and listeners jumped significantly because people are so immersed in trying to find information about COVID-19,” says Niel. “Over the months after, that number of readers and listeners dropped as people get to the point of saturation.”

Niel revealed that a 2019 Reuters Institute for the Study of Journalism report found an overall worldwide average of 32% of people actively avoid the news. The study found that in Canada, after talking to about 5500 Canadians, we have 29% of news avoiders.

“News avoidance isn’t just connected to the pandemic,” states Niel. “This dates back a few years when it’s been noticed that people are turning away because of so much access and so much news flowing in. They do have other sources to get their information, but they do admit that they do not use traditional news services.”

To be brief, news fatigue and exhaustion is growing; distrust in the news media is rising; political polarization is intensifying.

The outcome this will have on our society is that as the number of people avoiding the news increases, the more vulnerable they will be to consuming and sharing mis/disinformation by non-credible news sources on social media. Because of algorithms, to rely on social media for daily news updates will create a very narrowed view of the world and can lead to a less informed public. In the end, people will only seek information that aligns with their own views and they will tune out everything to the contrary.

“For those in communications and public relations, you will encounter challenges in trying to reach a wider audience with your key messages,” says Niel. “There is an increased risk of the messages being missed.”

So how can ordinary citizens and communicators/journalists work through and overcome this news fatigue to minimize the likelihood of news avoidance? Niel suggested three methods to fight the fatigue:

2. Avoid your phone, but not the news.

3. Schedule your news to once or twice a day as you would schedule an appointment.

“News gets repeated throughout the day,” says Niel. “You will not miss anything if you check the news only once a day. And once you’ve checked the news, put your phone away.”

For communicators, Niel suggests it is important for organizations to look outside the box to decide on the right venues to make sure the key messages will reach their intended audiences.

“Using Edmonton as an example, there are still a number of different venues for you to get your story out,” shares Niel. “Rather than focusing on the six o’clock news, you can reach out to the producer of Global Morning News, CTV Morning News, or one of the local CBC current affairs radio programs where they broadcast three hours in the morning and another three hours in the afternoon. With these venues, you may get a five minute interview for your CEO.”

“Always reach out and find out who the gatekeepers (aka. assignment editor, news producer, city editor) are at the different news organizations. Reach out and connect with them, and feed them information on a regular basis. They will look at you as a good source of information to help them find story ideas.”

Niel also has three suggestions for journalists and how the news is fed to us. The first point is that there needs to be more transparency that answers the questions ‘what we do’ and ‘how we do it’.

“No one understands what and how news organizations do what they do,” states Niel. “Why are certain stories covered and not others? Who makes those calls? News organizations should do more to explain the process to the public, such as open the doors to the newsroom and do a tour.”

“Instead of saying here is the story, I think it is important to you tonight, they should be asking what story do you want covered today? What are you most interested in?” says Niel.

This makes sense because when news consumers are browsing news updates, they are looking for answers to the questions that are most important to them. So, conducting more audience research to find out what news consumers want will help news organizations retrain their audience.

“Instead of going a mile wide and an inch deep with stories, journalists should go the opposite way,” says Niel. “Explain the story; explain what is behind it; explain what possible solutions there are. Cover fewer stories but dedicate more resources to each one to give people some substance, some context.”

Media literacy should also be encouraged in schools so that children can be taught at an early age to include all forms of journalism and media. By starting young, a more informed generation of news consumers can be nurtured.

“Schools should dedicate lessons to recognizing point-of-views and critical thinking skills,” says Niel. “What is behind this? What went into the making of this story or documentary or movie? And then determine if the message is accurate and balanced or if it is disinformation.”

All in all, news organizations need to adapt and give the public new reasons to consume news because they’re providing good informative stories about what is going on in our communities and elsewhere.

Sign in to the Bill Rees Learning Centre on cprs.ca
to watch the webinar