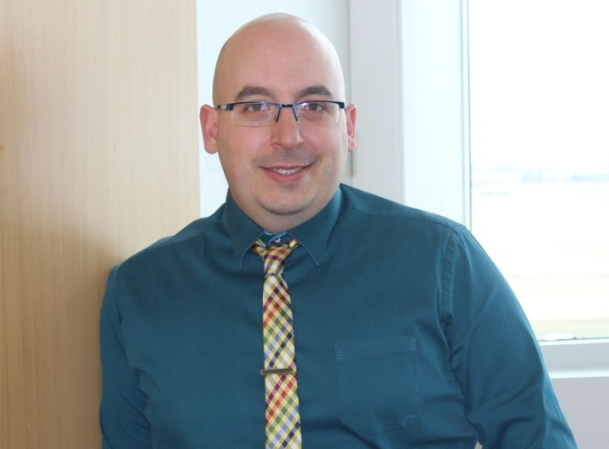 A former journalist turned communications practitioner, Darrell Winwood firmly believes that if you’re not communicating your side of the issue, someone else will tell your story for you. For more than 20 years, he has been actively observing how the public perceives and understands issues and taking this insight to tell stories that people can connect to.

“I like storytelling because I originally started as a journalist, so I look at situations and people to build a narrative,” says Darrell. “Crafting a narrative and crafting a story is a natural way to help people understand issues and complicated materials.”

As a journalist, Darrell spent 11 years in print writing thousands of stories. One of the stories that he remembers fondly was when he went to Bosnia with the Canadian Armed Forces, where he spent several weeks following the troops.

“It was towards the end of the appointment that happened there at the time,” he shares. “I was able to tell some interesting stories about Canadian soldiers working with NATO in Bosnia.”

One particular story that stood out for him happened when he was travelling with a convoy of troops and they paused beside a major highway.

“On a hill a short distance away, I could read the name ‘Tito’ spelled out by trees cut in the shape of the letters,” recalls Darrell. “ I was told that many areas like this had booby traps and landmines, so clearing them wasn’t considered a priority. It was quite a reminder of the power that a dictator had, to have his name written in trees on the side of a large hill, just because he could and why western troops were there.”

Darrell has also written stories that left a deep impression on a small group of people when he was working at a community newspaper.

“There was one story I told about a woman who rescued a three-legged dog,” he says. “And I remember the tremendous community response we got for that story. It really resonated with people.”

In the fall of 2010, Darrell transitioned to communications work, taking a short-term contract for an advocacy project tied to the Edmonton municipal election that fall.

In his communications career, Darrell has to take complicated issues from clients, such as policy initiatives or promoting an event, and find a way to break that down and communicate it quickly to his audience.

As a communicator, he is most proud of the time when he worked for the Government of Alberta’s Department of Energy, where he helped support and manage the national campaign called “Keep Canada Working” that was designed around the Trans Mountain pipeline.

“I did a lot of work supporting the Trans Mountain pipeline and some of the public communications around that,” Darrell says. “That was one of my biggest files for quite a while and it was certainly a career highlight.”

Since last year, Darrell is the senior communications advisor for Edmonton International Airports, part of a small team working to communicate timely COVID-19 related travel policies with stakeholders and coordinating with both the provincial and the federal government.

Darrell credits his 20-year background in journalism and communications for the skills to deal with pandemic-related issues, such as analysing complicated health restrictions, and communicating them to the public. Since January 2020, Darrell and his team have been talking and meeting about COVID-19.

“Our health and emergency response officials were already monitoring the situation developing in China,” he shares. “And we were reviewing our own contingency plans and what we need to do if it becomes an issue for us.”

Working in aviation during a global pandemic has been challenging with some staff layoffs, department reductions, budget challenges, and an airport with dwindling traffic.

“The effects of the pandemic on aviation have been crippling,” reveals Darrell. “In 2019, we had 8.2 million passengers that came through the airport, but last year we had only 2.6 million. That is a 68 per cent drop in passenger traffic in 2020. But health and safety come first, and we will manage the impact as best we can.”

For the long term, Darrell feels that aviation overall has changed particularly with health and safety procedures. Communicators working in aviation must know how to communicate these procedures clearly to help travellers understand what they need to do and why they need to do it.

“That’s one of the things we focus on,” he says. “Health and safety is our number one priority and we will put that at the forefront of everything.”

Once this pandemic is over, Darrell feels that there is going to be a pent-up demand for a return to travel. During this time, his team will really focus on communicating health and safety measures first and what people need to know to travel safely.

“We will be looking into how travellers understand this experience, and how to work with the airlines to make sure the people understand what they need to know,” shares Darrell. “That is going to be one of our top goals going forward.”